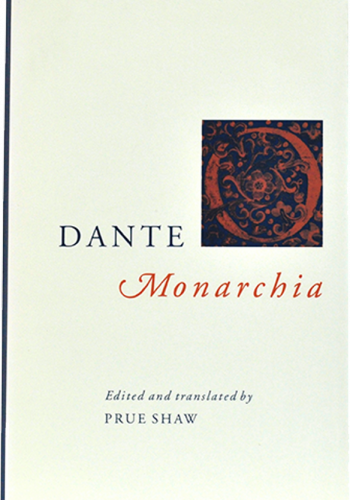 ‘All English-speaking students of Dante will be immensely grateful to Prue Shaw for her splendid edition and translation of Dante’s Latin treatise on world government. … This is by far the best English translation of the Monarchia, and is the result of Prue Shaw’s ‘lungo studio e ’l grande amore’, her long devotion to the text of Dante’s Latin treatise on world government, which she renders in the conviction that ‘compressed, bitter, spare, energetic and beautifully crafted, it bears the unmistakable imprint of his genius.’

You can read the Introduction here.